By gierre,
April 4 in Audio playback

Top Posters In This Topic 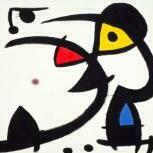 You seem to have activated a feature that alters the content of pages by obscuring advertisements. We are committed to containing advertising to the bare minimum, please consider the possibility of including Melius.Club in your white list.

I will do it
I'll think about it